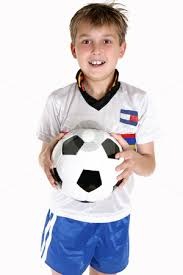 Rupam was  playing with his ball , suddenly with one hefty kick his ball got stuck in the uppermost branch of of the Oak tree in back garden. This was his favourite ball with the enchanting  powerranger’s pictures printed all over it. He had to get it back, somehow.

Little Rupam always believed that this ball has got some extra magical powers, that is why it can reach such heights. He gathered his strength back and began to climb up the tree but could not reach the top where the ball was stuck. Then  he started to shake the tree vigorously. He shook it so hard that not only the ball but he himself came down along with the branch he was standing on.

Thank to the trumpline underneath the tree, he didn’t get hurt that badly, few minor bruises on knees and elbows only.

He was badly shaken by this experience and started crying his eyes out. Mum heard him and came running from the kitchen. She calmed him down and attended to his wounds. She also gave him some sweets. Then to cheer him up, she told  him  the story of Krishna who also loved his ball and once while playing with it how he has to kill the dangerous and giant Kalia Snake.

Rupam was very curious to hear and know what happened when Krishna was playing with his ball. He forgot all his pain.

Once Krishna and all his little herdboy-friends were playing with a ball. It was a pleasant  afternoon and there was a beautiful Kadamba tree whose branches were hung all over the river Kalindi’s bank, where they were playing.

While playing, somebody dropped the ball into the river and then Krishna dived after it to retrieve the ball.

Kāliya, the monster snake who used to live in the river and made it very poisonous, woke up with the thud of the ball and was very angry, as afternoon was his rest time. He rose up with his hundred and ten hooded poisonous fangs, vomiting poison and wrapped himself  tightly around Krishna’s body. But Krishna was no ordinary child. He was God himself. He became so enormous and heavy that Kāliya couldn’t hold him anymore. He had to free him. Krishna saved the villagers  by stamping over Kāliya’s head with the weight of the entire universe. He kept on dancing on the naga’s hundred heads until Kāliya was almost dead. Then the Frightened Kalia’s wives came out of water and begged for Krishna’s mercy on behalf of their husband. They promised him that they all will go away from the river.

Kāliya also recognizing the godliness and might of Lord Krishna and surrendered. He promised that he would not harass anybody in the Brij anymore . Krishna pardoned him and then let him go free to leave the river and go to Ramanaka Dweep,  which is known as Fijji now. Once again villagers were happy and safe.  Kalindi river was clean , free from the poison.

As janmastami was coming;  this was an appropriate and exciting story.
Rupam started waiting eagerly for Janmastami . He made a big picture of krishna and Kalia which Mum hanged in her pooja ghar , and was going to use it as her Janmastami decoration. Rupam wanted to listen to lot more stories from his mum so he can make lot more pictures about Krishna, an exciting project indeed , exactly like advent calender at chritsmas time, Janmastami is the birth celebration of Krishna when people decorate their houses and temples and enact and depict the different stories from Krishna’s life.

He will also do the same this year, decorate the poojaghar with Krishna and his stories.

Wait a minute, he may even ask all his school friends to join this project and have lot more fun!

Mother, when will my hair-braid grow?
milk you said will make it grow,
but still it remains so short.
Mother when will my hair-braid grow
you said like Bal it would be strong,
his braid has grown fat and long,
combing , braiding, bathing, drying,
to the ground like a serpent writhing.
for me you say milk is better.
never delicious bread and butter,
Sur, long live the two brothers,
the twosome of hari and haldhar.